You don’t really have to just grin and bear it when your air conditioner or your neighbor’s unit emits sounds that drive you crazy. But the constant clamour of old outdoor condensers and the maddening whirr of indoor fans are a thing of the past. There are new technologies that can help if you decide to upgrade your unit, or you could consider the following tips to muffle the sound of your existing air conditioner, perhaps by asking your plumber or air conditioning expert if there are ways of doing this. There’s probably not much you can do about your neighbour’s noisy unit, apart from asking if they have heard of the ways to reduce noise, or suggesting an upgrade.

If you’re ready to make an upgrade and buy a new air conditioner it’s a good idea to keep in mind new features that make them energy efficient and to reduce the noise levels, keeping the neighbours happy too.

How do air conditioners operate?

To cool the air and circulate that cool air throughout your home, air conditioners use multiple components to do this: including condenser coils, the evaporator, refrigerant, fans, and the air conditioner compressor. Technological advances mean the manufacturers can now hugely reduce the consumption of energy in an air conditioner and at the same time tackle concerns surrounding the units’ noise problems.

What actually makes the most noise in air conditioners? 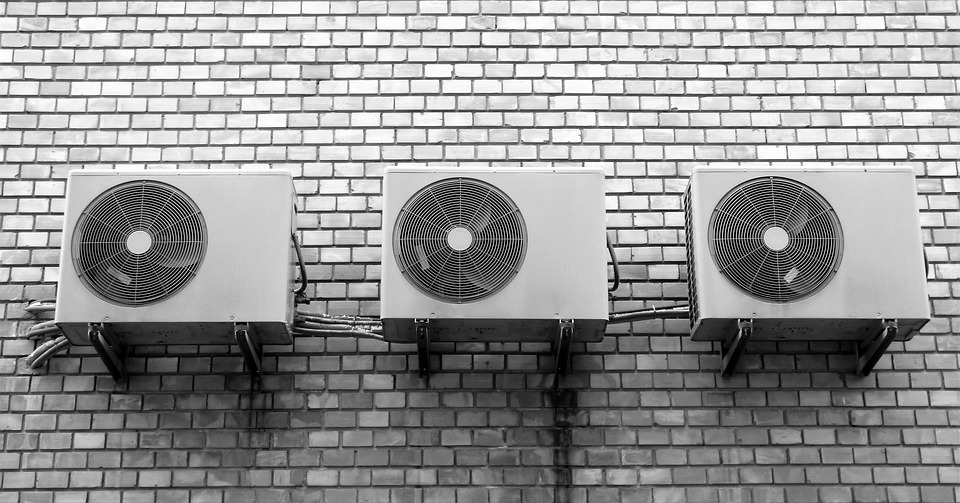 In an effort to resolve the problem of noise, the manufacturers of air conditioners have been targeting several key areas and parts of their units that contribute to the high levels of noise.

While there are measures to counteract an air conditioner unit noise, the best way to have a quieter home environment and peaceful neighbourhood revolves around wise decision making for your next purchase of a central air conditioner. When shopping around for comparisons, be on the lookout for systems that have inbuilt technologies that reduce noise.

Let’s face it, this part of any air conditioner is just plain loud, but most manufacturers have been quick to take up advancements in the technology surrounding insulation and applying it around the compressor to muffle the noise and at the same time making sure the unit’s safety is not compromised.

Also being addressed by the manufacturers is the noise of the compressors. They do this by using new, creative solutions to mounting materials to reduce both the noise and the impact as the air conditioner unit moves under the power of the running condenser and the compressor.

When a standard air conditioner unit is running at full throttle the fan generates an awful lot of noise. However, new technology and newer designs have been successful in limiting the noise generated by air conditioner fans when the blades rotate or move. New venting technology has meant there have been vast improvements that muffle the sound of air as it leaves the air conditioner system

Benchmark air conditioners that are run at their full speed do tend to produce excess noise while operating. But the units that are much more efficient have variable-speed blowers that have been designed to be a lot quieter and that’s due to the fact that they operate more often at quieter, lower speed and do the same job of conditioning the air.